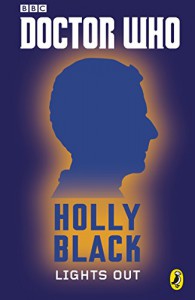 This short story featuring the twelfth Doctor has been added to the anniversary E-short collection that was published in 2013. And even though I still have to watch season 8 with the new Doctor, I've been enjoying the stories I've read so far with the 12th Doctor.

When the Doctor stops at a far-away planet notorious for its coffee to get himself and Clara a cup disaster strikes not once but twice. Not only does the coffee run out, every time the lights go out someone turns up dead.

While being extremely short just like the rest of the series, it was also very enjoyable. The Doctor and his temporary new companion get a very interesting murder mystery to solve, but not without some humor. The absence of Clara (whom I still dislike) might have helped, but this was one of my favorite Doctor Who stories.