The House Of Silk 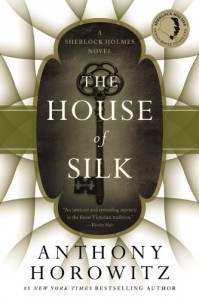 Sherlock Holmes has been immensely popular, ever since the first publication of the novels by Sir Arthur Conan Doyle, Fan fiction about the characters of Sherlock Holmes and Dr. John H. Watson has been written since. Not always has this been a good idea though. But now, after the recent success from BBC Sherlock and American Elementary, The House of Silk certainly made a good impression.

What I liked best about it is that it just reads like a Sherlock Holmes novel by Arthur Conan Doyle. The story feels like other Sherlock Holmes' stories without feeling repetitive. Anthony Horowitz has done a great job recreating the style and world of the original Sherlock Holmes world. For that reason I just really liked the book, and I would definitely recommend this novel!