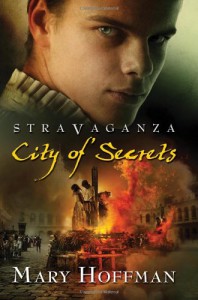 This fourth book was a bit a surprise for me, as I believed it was a to be a trilogy. It was a nice surprise though, as I really liked the first books in the series.

This book was a little bit less than the first ones for me though. I think it might be a combination of multiple factors. For one, it started to feel a bit repetition, it's not so different from the other books, and secondly, the story felt quite closed for me after three books, so I thought the re-opening wasn't really logic. Finally, I was also a some years older when I read this, and I think the story is really aimed at children around 12 years. It's still nice to read, I still liked the story, but it didn't feel as special as before.

Note: I read a Dutch translation of this book!