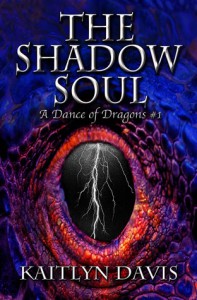 I had read the prequel of the A Dance of Dragons series already, and was at first quite surprised that this story seemed to be about completely different characters. However, the princess does make an appearance in the book.

Jinji is the last of her people, which are massacred by a shadow force. When she's trying to survive by pretending to be a boy she meets up with Rhen, a prince who's onto a plot to destroy his family.

It was described as A Game of Thrones which is very dangerous as it sets the expectations very high without even having started the book. I don't think it lives up to that claim. It is far less political (perhaps this will be more in the later books), and more of a standard YA fantasy where two teenagers need to save the kingdom, both with a secret (one of them actually is a girl, the other a prince).

While I don't think it was the most memorable story, it was enjoyable to read. This being said, the shadow thing that is roaming around is actually quite interesting, so I'm curious to find out where that is going.