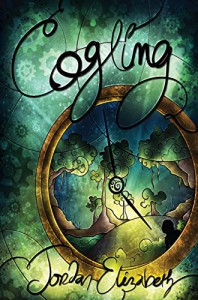 When fifteen-year-old Edna Mather tears an expensive and unfamiliar pocket watch off her little brother's neck, he crumbles into a pile of cogs right before her eyes. Horrified, Edna flees for help, but encounters Ike, a thief who attempts to steal the watch before he realizes what it is: a device to power Coglings—clockwork changelings left in place of stolen children who have been forced to work in factories.

(I have only copied a part of the synopsis, because I think the rest gives the whole story away)

While Edna is fifteen, she read like a younger person. I also thought the story was more middle grade than young adult. It was not just the writing, but also the story (as in everything was happening very easy and the problems were also solved with considerable ease). This set me back at first, because I was expecting YA.

While I liked certain parts of the story, the main drive felt forced. I never completely got the animosity between the Hags, Ogres and humans and what it all meant. There should have been more explaining about it. In the end, Ike's revelations were too much for me and I couldn't help but chuckle a bit.

I always try not to be too suspicious, and trust me - I do hope I'm wrong this time - but I find it at least a little bit strange but as I'm writing this review, the ratings for this book on GR are very high (maybe too high). I'm so far (out of 69 ratings on January 24th) the only one with a rating under 4 stars. While I may very well be the odd one out not enjoying this novel so much, it is my experiences that when there are over 10 rating for a book, never everyone is going to like it.
What was bothering me even more about it is that I was contacted a few weeks back by someone claiming to be from the author's 'street team' looking for reviewers for another of her books. I thought this was a bit odd, as usually I'm contacted via Curiosity Quills when they want reviewers, and since the sender also didn't take time to check my profile, which showed that I was already currently reading one of her books and had previously read another one (but as she made no reference to this, I'm quite sure she didn't bother to check), I just kind of ignored the mail.

Now I'm not sure what to think of it.

I received a free copy of this book from the publisher in exchange for my honest review during this blog tour! 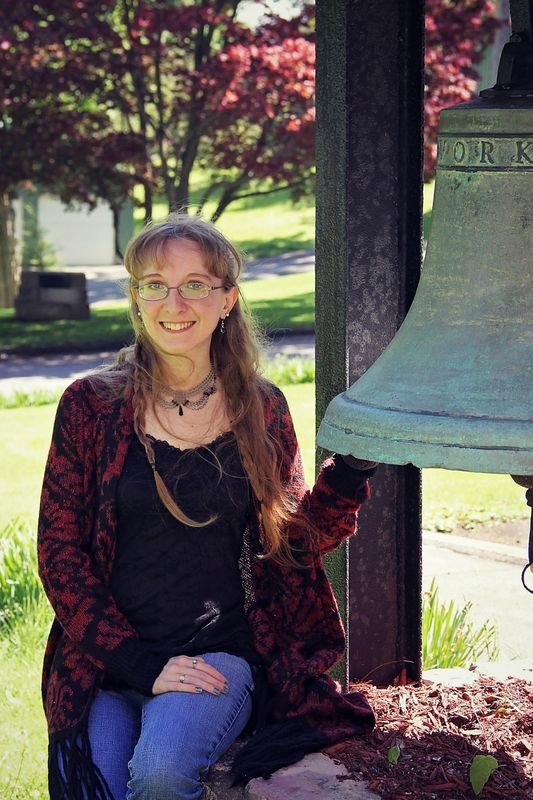 Jordan Elizabeth, formally Jordan Elizabeth Mierek, writes down her nightmares in order to live her dreams. With an eclectic job history of working as a college professor; historic costumed interpreter at Fort Stanwix, Victorian Leisure Fair, and Mayfaire on the Green; office specialist; sales clerk; election inspector; and trainer, she is now diving into the world of author.It happens to be her favorite one. When she’s not creating art or searching for lost history in the woods, she’s updating her blog, Kissed by Literature. Jordan is the president of the Utica Writers Club and maintains JordanElizabethMierek.com.

She roams Central New York, but she loves to travel. A great deal of time has been spent in a rural town very similar to Arnn, the setting of her novel ESCAPE FROM WITCHWOOD HOLLOW.