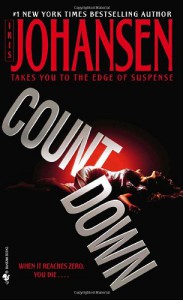 It's been a while since I read this book, but I want to get all my reviews completed. It was also one of the earlier thrillers that I've read. I think this one was promoted back in the day as something almost Dan Brown-ish since it has something to do with a very old and powerful secret, but I don't think that makes any sense really.

Chronologically this follows a few years after the event in Blind Alley, which I read after this one, and which is not a good idea. The story wasn't particularly special and neither were the characters, but hey, I've read two more of her books since, so it wasn't too bad. A small side note that I would like to make is that however, I had read far less books at the times and have become much more critical, that's why I'm not 100% sure I would still have enjoyed it.