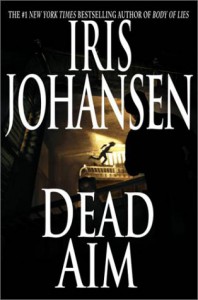 Just a quick review since it has been some time since I read this book, but the completionist in me wants all the reviews up, and I still have some notes.

This was the first book in the Eve Duncan series that I read, although it is apparently book number 4.5 and borders on being a complete spin off. Previously I had read some later books, I think there happened to be a librarian who was a big fan and got me to read these book, but I was a bit surprised to find that the characters I 'knew' as main characters only played very minor roles in this story.

The story was what one would expect from a snackbook, nothing too spectacular but not unpleasant to read.