Otto Von Trapezoid And The Empress Of Thieves 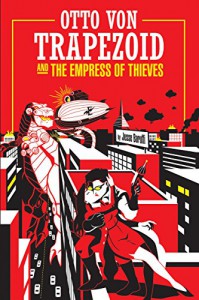 OTTO VON TRAPEZOID AND THE EMPRESS OF THIEVES is the story of two criminal masterminds who can conquer anything except their own feelings. Otto Von Trapezoid is a mad scientist who rules an army of robots from his orbital space station. Angry and grumpy, he sees no value in humanity except becoming their ruler. Esmerelda Santa Monica is the stylish self-proclaimed “Empress of Thieves,” who values her own legend and the thrill of the theft over actual wealth. Both live lonely lives, the desire to become the greatest villains of all time primarily on their minds

When the two meet in simultaneous attempts to blackmail the UN, their instincts are to attempt to kill one another, but soon they discover a mutual attraction that neither thought possible. Once they begin to pool their resources, the pair seems on track to become the most successful evil-doers of all time and set out to conquer the world itself. But what happens when their villainous natures emerge, and both realize there can only be one absolute ruler of Earth? Can either be satisfied with being second to another?

To make matters worse, they must deal with the protestations of Otto’s sidekick robot SCRAP, the meddling of their fellow villains, their families, and worst of all, heroic superspy Jake Indestructible is determined to bring them both down, once and for all.

Filled with robot dinosaurs, exploding dinner parties, and villainous poker games, OTTO VON TRAPEZOID AND THE EMPRESS OF THIEVES is a hilarious sci-fi comedy that will leave you falling in love with the bad guys!

I received a free copy of this book from the publisher in exchange for an honest review during this blog tour!

Well, this was unexpected. It was definitely not an everyday read. It got me hooked right from the start with it's absurdity. And absurd it was. In this respect it sometimes reminded me of the Hitchhiker's Guide to the Galaxy, because at times it was almost as if a random mix of words was created (like the robotic tapirs or the disposable yacht). Not that I consider this a bad thing, not at all. I enjoyed myself a lot reading it.

Otto and Esmerelda were both quite likeable characters despite their short comings, and I don't know what it is these days but this is the third book in two months with a very interesting AI. SCRAP might have even been my favourite character from this book. However Jake never really came to live for me, and the scenes at the UN were perhaps a bit too weird, even for me.

So, if you're looking for something you definitely haven't read before, if you're willing to accept that nothing is this book is going to be believable (I mean, in the first chapter Esmerelda steals the complete Louvre), if you want a book filled with more acronyms than you may find necessary (though I truly like acronyms), try this book. 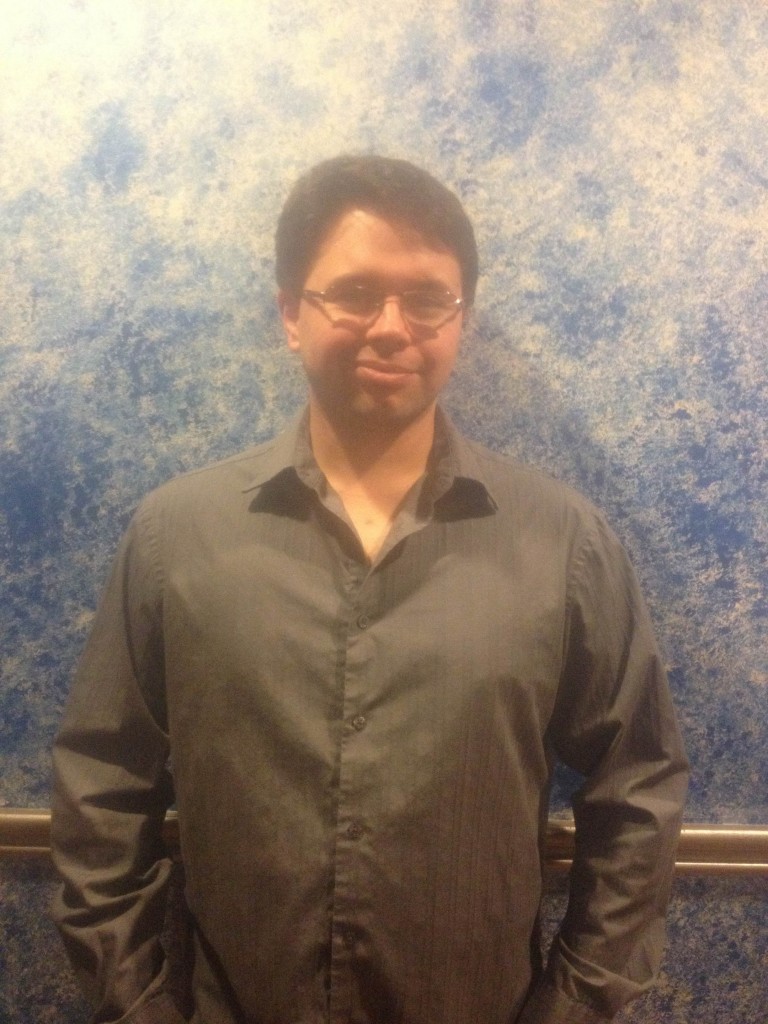 Jesse Baruffi was born in a West Virginia college and quickly became the adorable dorm mascot of his parents’ alma mater. While other little boys dreamed of being astronauts and firemen, Jesse dreamed of creating stories, a curse which failed to subside, even in adulthood. He has been a teacher, tutor, caseworker, cat rescuer, filmmaker, and accidental kite-flying champion. He currently resides in Chattanooga, Tennessee with two demanding feline overlords. Otto Von Trapezoid and the Empress of Thieves is his first novel.