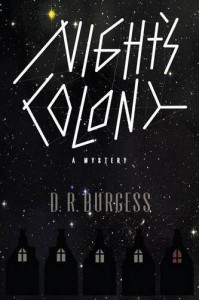 It is 1695, and New England still reels from the horror of the Salem witch trials. A pirate returns from abroad with a strange and magical device that could destroy his fragile community, or free it. When he is found with his eyes gouged and cabalistic markings around the body, many believe it a sacrifice to bring on the end of the world. Did a mortal hand strike Captain Brown, or has the Devil come to Newport?

Meticulously researched and written in the authentic voice of the era, Night’s Colony is the first and only mystery novel set at this volatile moment in American history, when the Age of Enlightenment collided with supernatural terror and millennial prophesy. Author Douglas Burgess deftly weaves actual characters and events into a brilliant tapestry of pirates, Puritans, Indians, witches, Quakers, astronomers and others that all lived together in the wild town of Newport at the fin de siècle. The result is not only a first-class mystery but also a work of significant literary merit.

Set against the gaudy, bawdy backdrop of an America in transition, Night’s Colony will enthrall mystery fans, history buffs and general readers alike.

This review is part of the April Books Blog Tour (ironically in May) from Curiosity Quills Press. I'd like to thank them for a free copy of the book in exchange for an honest review!

Night's Colony is a mystery on many levels. It's not just the murder that's going on, or the complete craze with the witches, it seems like everyone has multiple things to hide. This made for an interesting, though at times somewhat confusing, novel. Especially a certain revelation concerning the main character, a native American boy now the ward of a New Port judge/detective.

Because the detective story is sometimes a bit rushed, think of a detective story in which the characters are constantly running around accusing everyone, I found the witch story more interesting. It seemed that at the dawn of the age of science, superstition was at its heights.

The writing was easy to read and quite nice, but I'm not quite sure it's the "authentic voice of the era". For me this was a quite interesting novel I enjoyed reading, although I do think that the mystery could have been a bit better. 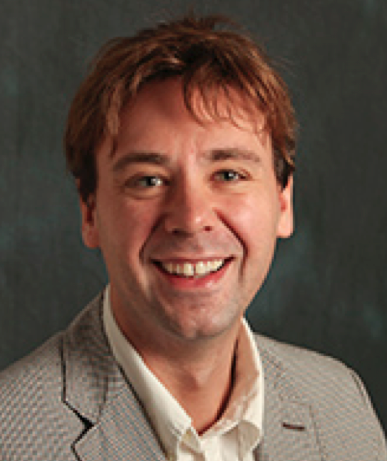 Douglas R. Burgess is an award-winning author of fiction and nonfiction.

His work has appeared in Ellery Queen’s Mystery Magazine, Slushpile Magazine, and elsewhere. Dr. Burgess is a professor of Early American History at Yeshiva University in Manhattan, and has published four books with distinguished presses on colonial society and piracy.