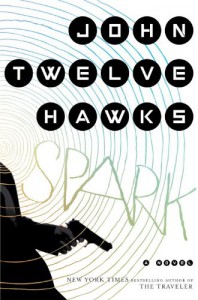 Jacob Underwood makes the perfect assassin as he's very good in his job, only capable of three emotions - boredom, curiosity and digust - and most importantly he's dead.

At least, that's what he himself believes. He suffers from Cotard's Syndrome, a very rare psychological disorder in which people believe they're dead. This makes a cool premise of a book doesn't it?

It starts really good, as I was immediately sucked into the story and even though I haven't really been into thrillers lately, I was enjoying myself quite a lot. There are hints of a Dystopian society near the surface, but not everything is spelled out so you'll have to guess certain things as well.

Unfortunately, after a certain the story became more standard and I was like 'been there, seen that', which was a shame because it started so good. Don't get me wrong, it was still an enjoyable read, and the mystery surrounding the author's identity adds up to the suspense in my humble opinion, but it was the Wow-factor I felt those first 100 or so pages. I will, however, be checking out some of the other books published under the same pen name.